Thought I would have a go and see what the 70D with 500mm lens could pick out last night while the sky was relatively clear of clouds. Venus was shining really brightly soon after Sunset but I had a job to make out even a couple of stars with the naked eye. Fortunately the camera was more sensitive. 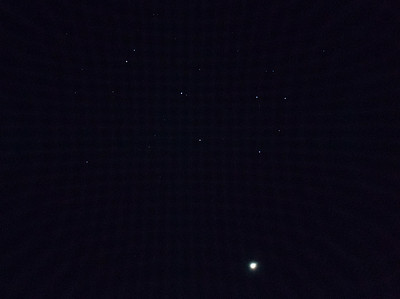 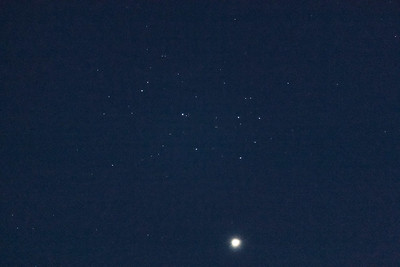 Ham (amateur) radio that is. After working on HF frequencies for the past couple of years I decided to return to using the VHF amateur bands. Specifically 2m (144MHz). Last week I tried using digital modes on my white stick (vertical) aerial which was reasonable for contacting other stations in England but was useless for contacting any stations on the continent. On Monday I decided to rescue one of 2m yagi aerials from the garage, wound the mast over, changed the stub mast and wired the yagi beam in place.

It can be seen at the top of the mast. I left the 6m halo (square) aerial in place.
The white vertical aerial can be seen in the background at the bottom of the photograph. 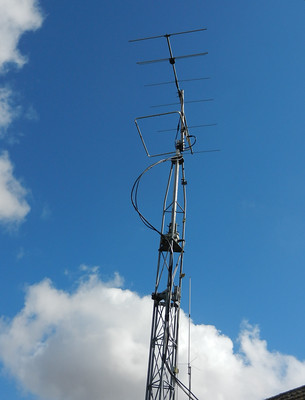 I also had to re-connect all the wiring for the rotator as the beam aerial needs to point in the direction I want to make contacts.

My simple set up

The rotator controller on the left. Above the radio is a power meter so I can see how much RF power the transmitter is sending to the aerial.

When I am using digital modes of transmission I use an internet program to see which amateur radio stations are receiving my transmissions. The transmitter is connected to the laptop via a control box. 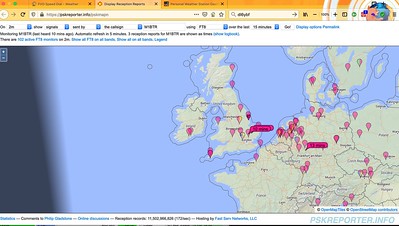 Sunspot minimum is not the best of times for long distance contacts but I have made contacts in Germany, France, Holland, Belgium and the Isle of Mann.
Posted by Midmarsh John at 09:00 5 comments:

Following on from the mystery photo yesterday I liked the form, lighting and shadows so decided to see what FX Photo Studio PRO for the Mac could do with it. As the object was some what translucent I had positioned the lighting above and slightly behind it. 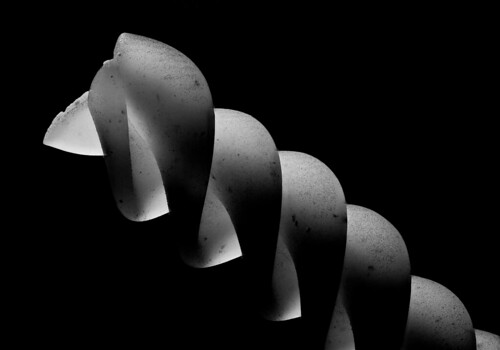 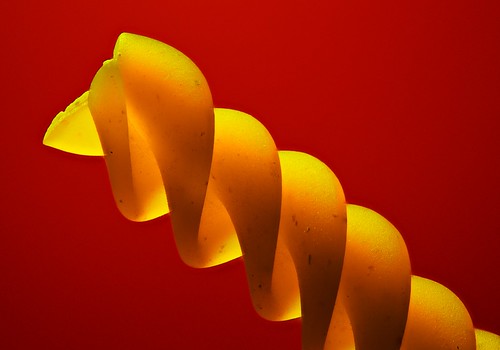 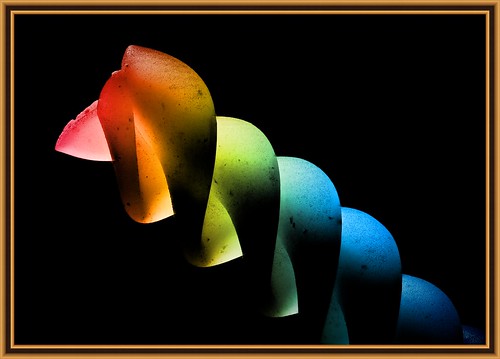 The app has scores of pre-set choices as well as being able to perform some individual manipulation.
There is also a wide choice of frames which can be added.

Finally, the rainbow coloured one was processed in Tiny Planets 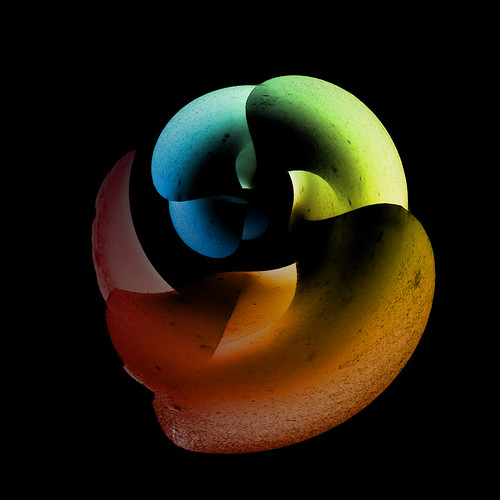 Another good set of responses to identify last week's object 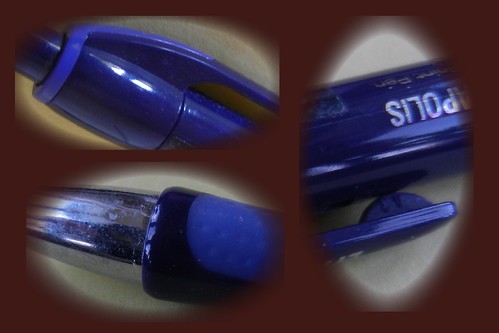 which was correctly identified by Adrian, The Veg Artist, Kris, Dave, Ellen D, Ragged Rpbin, A Brit in Tennessee and Kev Scott as

I wonder what you will make of this 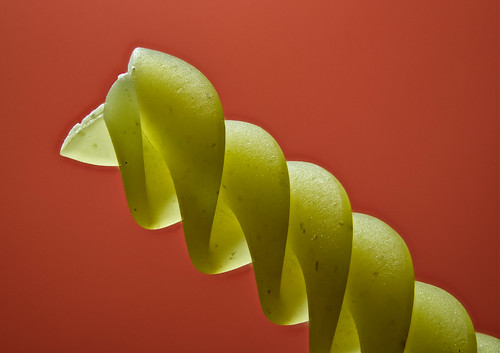 If you think you know, or would like to make a guess, please leave your guess in the comments.
They will be revealed, along with the answer, next Monday.
Posted by Midmarsh John at 07:46 No comments:

That Virus and Other Bugs

Yesterday I had to nip to my local medical practice to collect my monthly medication. They were taking precautions against spreading the dreaded lurgy. We had to queue outside. They had even put out cones every 2m to keep people an appropriate distance apart. I had arrived early so was first in the queue. A young man, complete with gloves and face mask, asked me my name and address, went inside, collected the tablets and brought them out to me.

Do you see what I spotted on our daily walkabout? 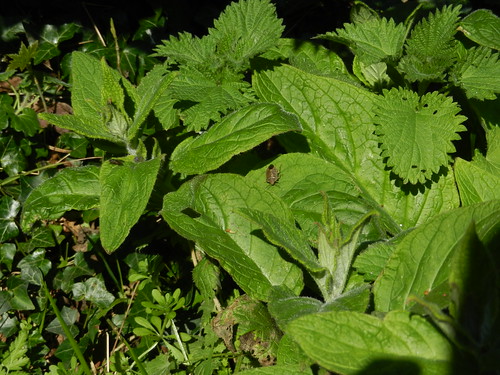 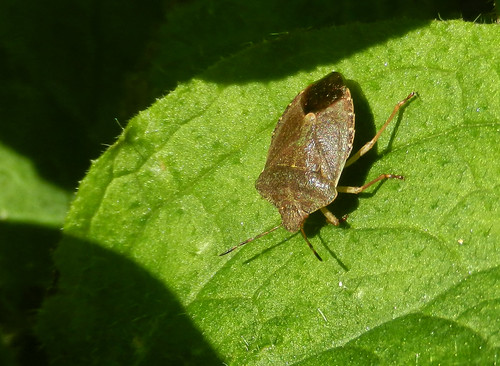 Most probably a Hawthorn Shield Bug.
Posted by Midmarsh John at 06:51 7 comments:

This time I went in the garden with the 100 - 500mm zoom lens hand held with manual focus. This is the first time I have set the camera to burst mode where it can take up to seven photos a second. I hoped that might give me a better chance of catching an insect in flight. Holding this set up anything near steady is quite a tussle as it weighs about 2.7Kg

First spotted though was this Small Tortoise butterfly resting 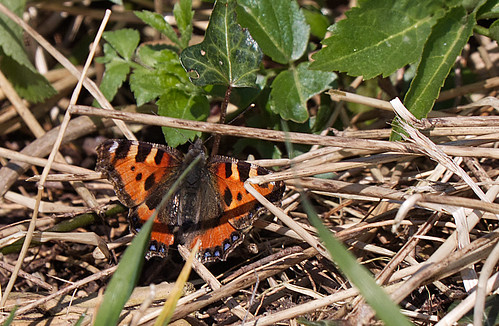 Then a hover fly led me a merry dance but out of dozens of flight shots a couple were reasonable. 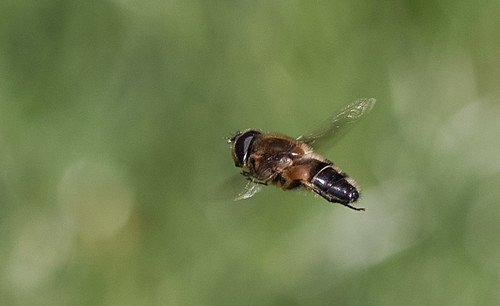 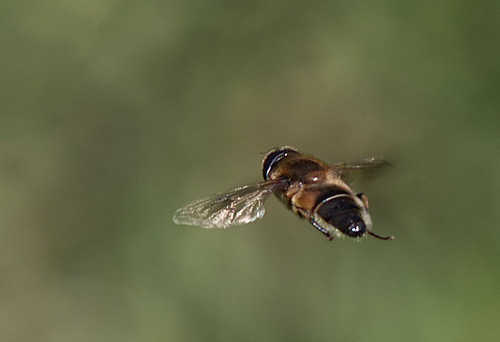 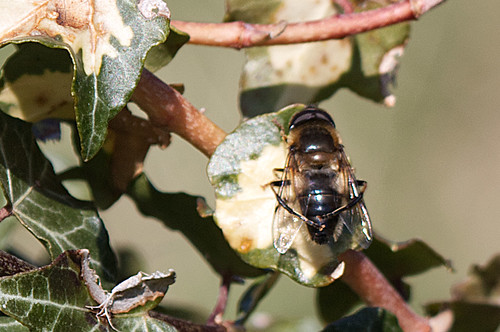 Finally a Peacock butterfly landed nearby 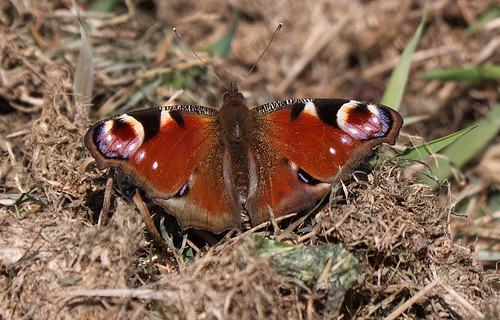 Feeding on a Dandelion 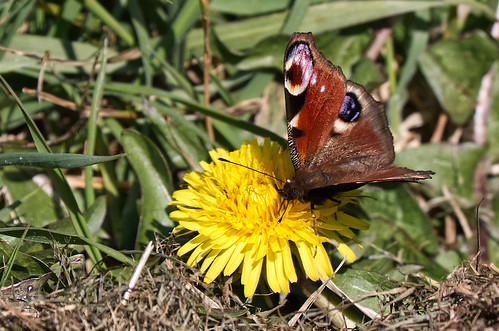 Another good afternoon in the Sun. Clear sky can mean warm daylight hours. Two days ago it reached 15C. Yesterday about 12C. Clear sky at night is a different matter this time of year. Lowest air temperature in the wee small hours was -2C with a good layer of frost.

All the photos here are small crops.

Pottering Round the Garden ...

... with the Canon 70D plus 17-85mm macro lens in hand to see what was about on a (relatively) warm, sunny afternoon. 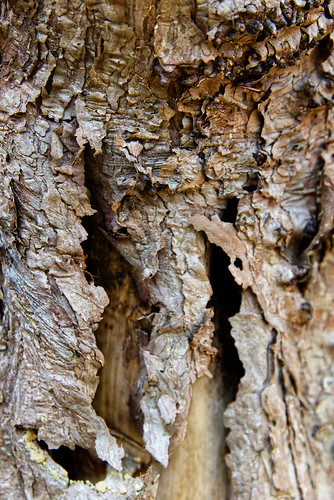 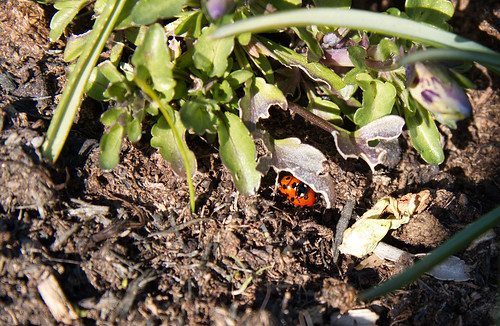 Lots of tiny pollen beetles, especially on the tête-a-tete. 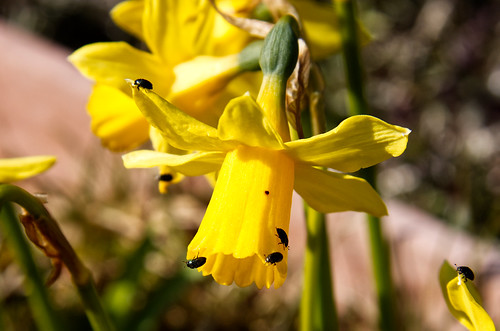 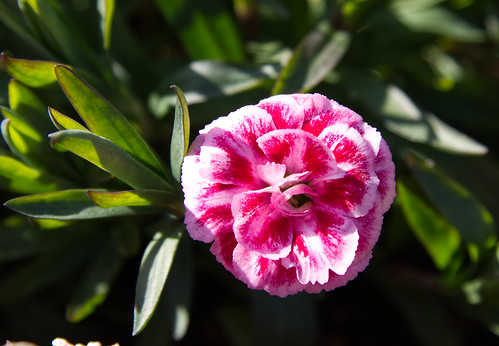 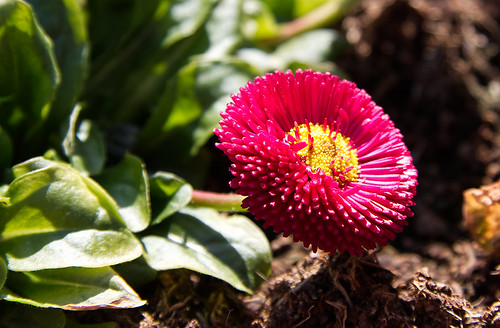 Finally a rather tatty Peacock Butterfly on the Heather 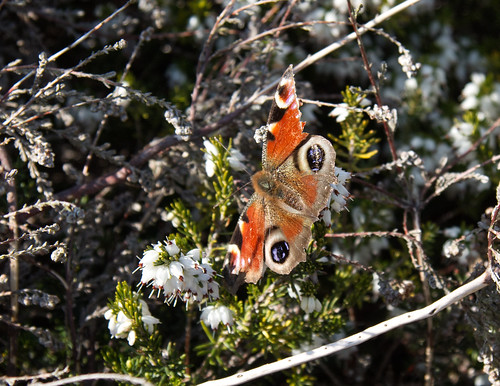 It was lovely to get out in the fresh air without having to wrap up like an Inuit.
As so often happens the thing I went out to photograph eluded me.
I had spotted a Bee-fly hovering several times but it was camera shy.
Posted by Midmarsh John at 06:44 3 comments: 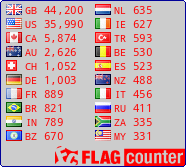