I went out to catch a couple of pill bugs / woodlice. I managed that but also captured this insect at the same time. I am 99% sure I have the identification correct by the colouring, markings and especially the U shaped marking at the rear end. Size - about 4mm long. I think it is a springtail. It certainly proved it could jump a couple of times. I am pleased with this video as I managed to film it without the lid on the container so nothing to distort the result.

Also I put the clips together using Wondershare Filmora 9. It produced a proper 1080HD result unlike iMovie which seemed to give 720 in spite of the original video resolution. Fancier titles as well!

I love the way the markings on the back of its head look like a face.

What kept it busy while I videoed? I had put a drop of Golden Syrup to interest a couple of ants earlier on. (Thanks for the hint Adrian). I had wiped most of it off but the insect found a thin smear on the bottom of the dish.
Posted by Midmarsh John at 06:14 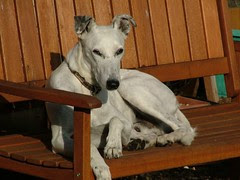 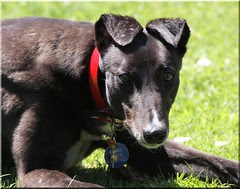 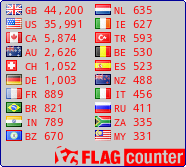